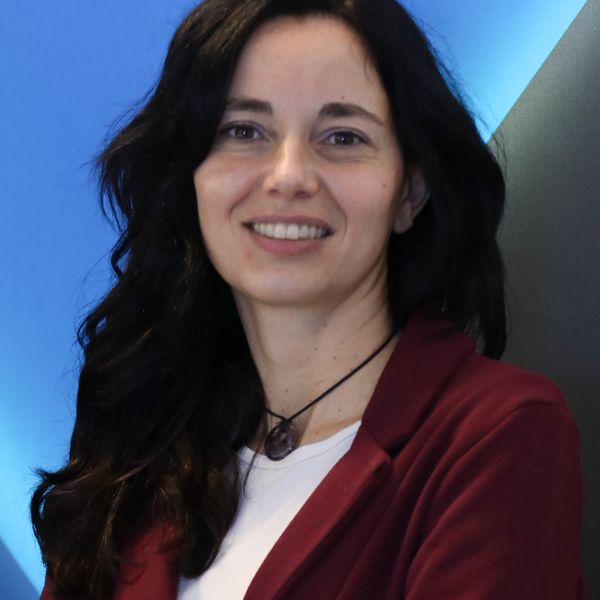 Laura Cancedda graduated in Medicinal Chemistry at the University of Genoa in 1999, with a thesis on the role of neurotrophic factors on neurotransmitter release. She received her Ph.D. in neurophysiology from Scuola Normale Superiore (Pisa, Italy) in 2003, under the supervision of Dr. Lamberto Maffei. In Pisa, she investigated the molecular and environmental basis of experience-dependent plasticity in the rat brain. In 2003, she moved to University of California at Berkeley in Dr. Poo’s laboratory where she focused her studies on molecular mechanisms of GABAergic-transmission modulation. Starting in 2006, she has also started a collaboration on a project aimed at studying early determinants of neuronal polarization.

Currently, she holds a team-leader position at the Italian Institute of Technology (IIT) in Genoa and a scientist position at the Telethon Dulbecco Institute. Laura is also a scholar of the FENS KAVLI network of excellence. Her research focuses on the role of extracellular factors such as GABA in neurogenesis, migration and morphological maturation of cortical neurons under physiological as well as pathological conditions.

In 2021, Laura launched the start-up IAMA Therapeutics, based on her research.

Laura comes from a neurophysiological and neuropharmacological background. The techniques applied in her laboratory include, among others,in vitroelectrophysiology on brain slices and cell cultures,in vivotransfection of nucleic acids (in uteroelectroporation),in vitroandin vivopharmacology, immunohistochemistry, and confocal imaging. She also has experience in rodent behavioral testing.

Scientific responsible and member of the steering committee for Clinical trial EudraCT 2015-005780-16 at the Bambino Gesù Hospital based on my research.

Proposed for the IBRO-Kemali Prize 2019

The project was featured in the press release (7 projects featured out of 314 funded) for announcing the results of 2016 ERC CoG by the communication unit of the ERC.

Appointed scholar of the FENS-KAVLI network of excellence. https://fenskavlinetwork.org/

Finalist at the scientific picture award “Beyond science”, Genova, Italy.

1999    Graduation with Honors and Distinction in Major, University of Genoa, Italy.