Transcript’s abundance is typically considered a proxy of the corresponding gene’s transcriptional activity. Yet, a poorly transcribed gene could see many of its RNA molecules accumulate just because they are highly stable. Conversely, if a gene is very actively transcribed but its transcripts are highly unstable, only a few copies of its RNAs are found in the cell. Indeed, RNA abundance and its variation arise from the combined action of cellular machineries responsible for the synthesis of novel transcripts, their processing into mature species, and the degradation of the latter (see Furlan M et al, Briefings in Bioinformatics 2020, for a recent review on this subject from our group).

Our lab studies the dynamics of RNA metabolism (henceforth RNA dynamics), and aims at:

These objectives are pursued through a unique interdisciplinary approach that combines experimental and computational methods, including RNA metabolic labeling and epitranscriptome profiling together with their integrated analysis through mathematical modeling. This reflects into the current composition of the group, which includes an established computational part (3 people, and currently looking for a postdoc!) tightly collaborating with a more recent experimental part (3 people). 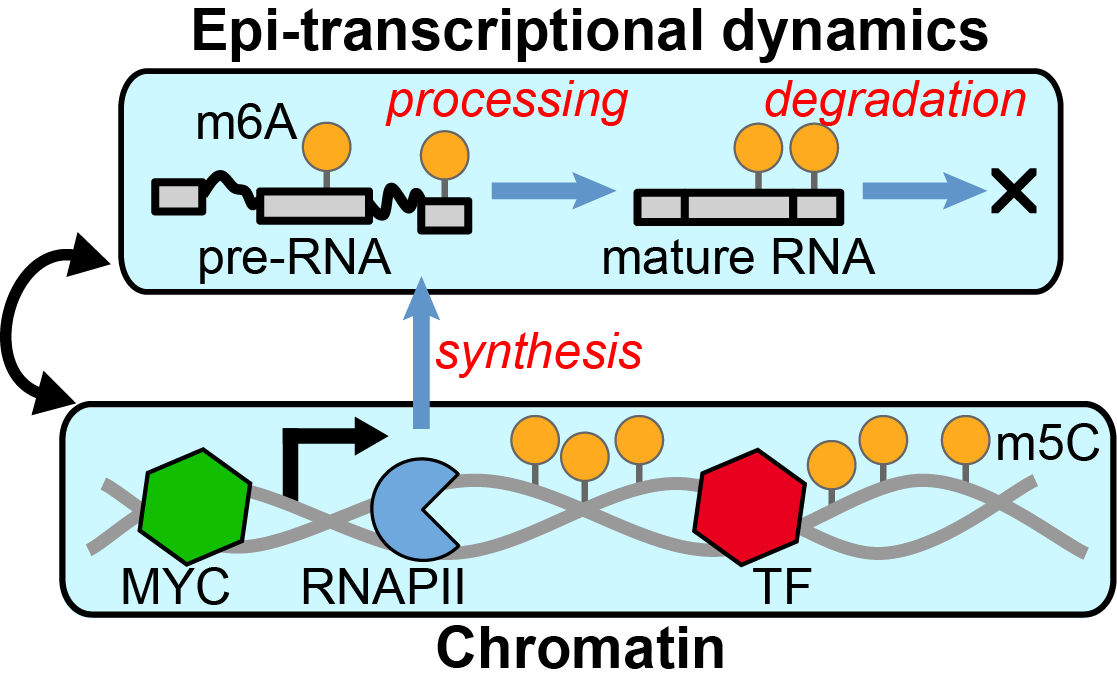 Development of novel approaches for the study of RNA dynamics

The characterization of RNA dynamics is typically based on the joint profiling of total and nascent RNAs, the latter profiled through RNA metabolic labeling. The integrative analysis of these data, which ultimately allows disentangling pre-existing from newly synthetized transcripts, allows us to decipher how gene expression programs are established by the balance of synthesis, processing and degradation. Achievements and ongoing activity:

RNAPII is a key actor in genes’ transcription and a complex regulatory hub. The life-cycle of the RNAPII complex includes its recruitment and assembly to promoters, followed by pause-release, elongation, and detachment from the 3’ end of genes. Most of the studies dealing with the RNAPII life-cycle rely on ChIP-seq data, while it has been shown that these are unable to univocally quantify the dynamics of each step. For example, a variation in the density of RNAPII bound to promoters can be due to a change in either its recruitment or in its pause-release rate (or both). We recently developed a method to properly address this issue (de Pretis et al., Genome Res 2017), which was used to provide critical insights on the mechanisms through which MYC modulates its targets. Achievements and ongoing activity: 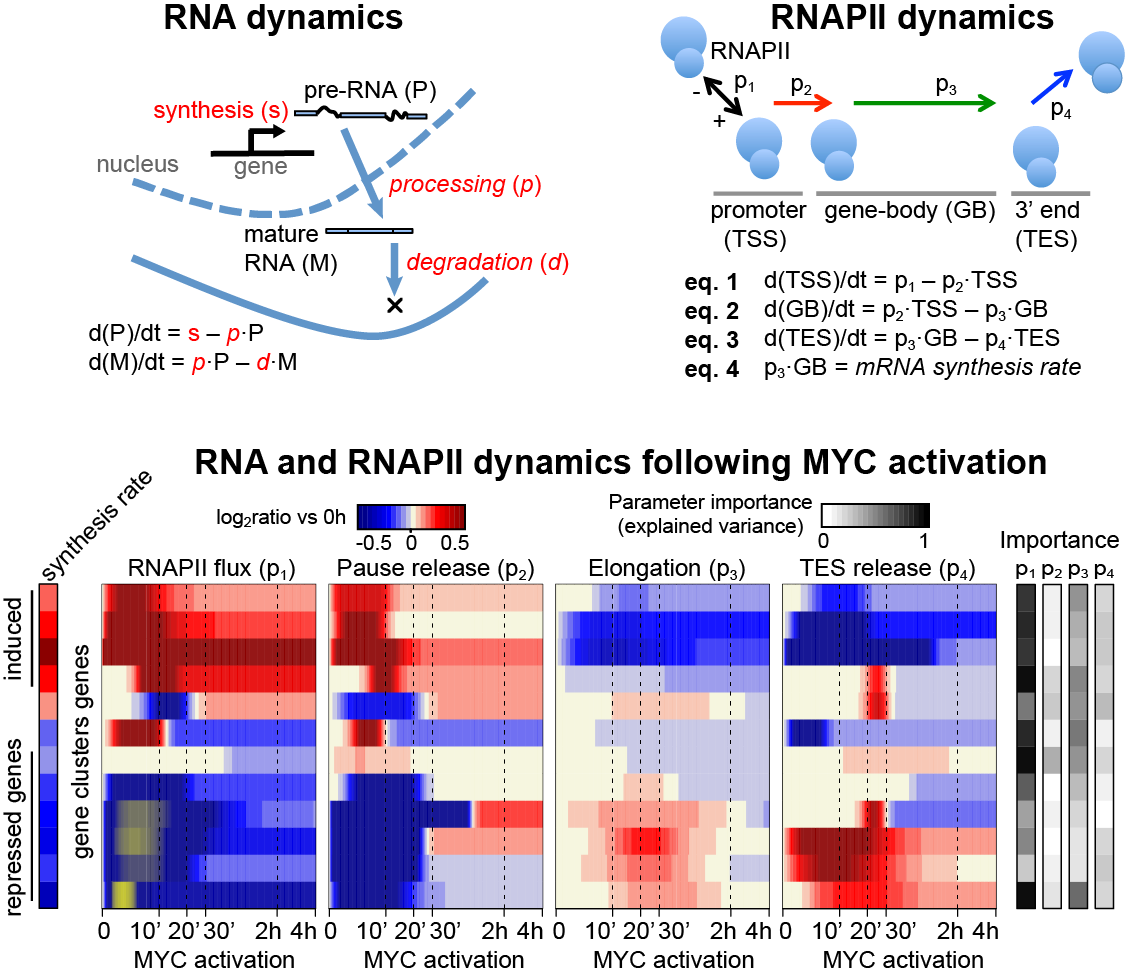 The role of the m6A-epitranscriptome in cancer

Despite the rapid progress in the field, various aspects of the functional role of this mark remain poorly characterized. We are far from a complete understanding of how m6A influences the dynamics of marked transcripts, and we are just at the beginning in understanding the crosstalk between the m6A machinery and chromatin regulation. Moreover, and more importantly, we just started appreciating how the epitranscriptome could shape aberrant gene expression programs in cancer. Ongoing activity in the lab, supported through a grant and a fellowship from AIRC:

For a complete list of publications from the lab see here. 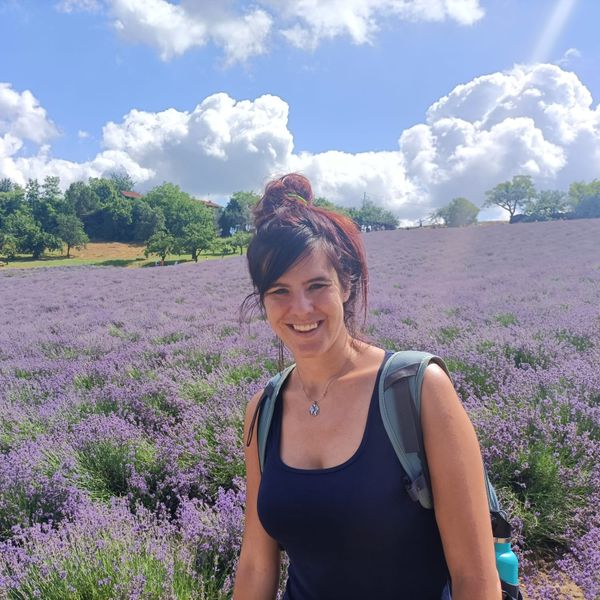 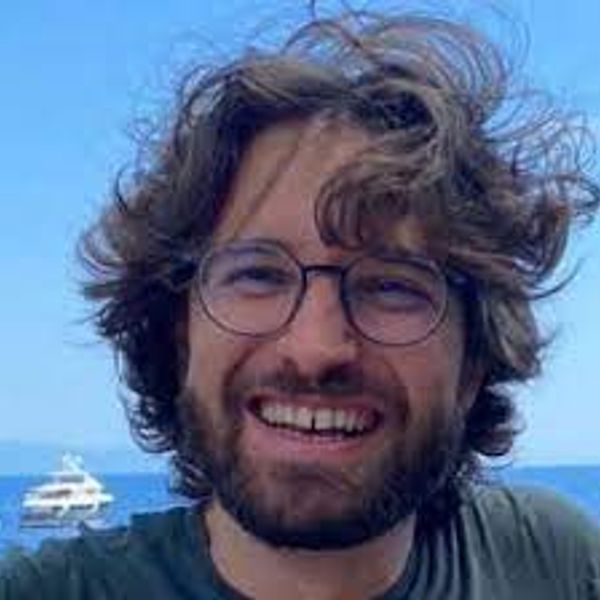 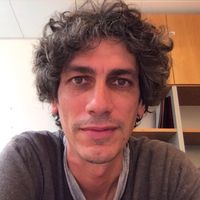